What exactly is an adult and when are you considered one? Is it when you turn 18 and the voting ballot comes in the mail? How about when you turn 19 and can go buy a lottery ticket to test your luck? Or when you get your first full-time job? Could it be that adulthood is something you decide on your own?

I used to think that once I graduated with a university degree, my adult life would begin. But then came to grad school. And despite being in my twenties, and knowing that my Presto card no longer charges student fare, I don’t particularly feel like a “grown up”.

As a child, my definition of an adult was someone who had their life together, someone with a paying job, maybe a family of their own, and adult money that gave them the power to buy all the Lego Star Wars sets they wanted. However, I’ve come to realise how difficult it really is to “grow up”—I’ve begun to wonder if school has somehow delayed the transition from adolescence to adulthood.

Graduating with a bachelor’s degree felt no different than graduating high school. It felt as though no time had passed, but of course it had (I had a few grey hairs and a BSc next to my name to show for it). And honestly, starting grad school doesn’t feel any different, either.

Sometimes I’ll sit in the dark and ponder, in all its melancholic glory, if I’m using school to delay facing the “real world”, whatever that entails.

The obvious answer is, no, right? By that logic, if a person were to stay in school and keep collecting degrees like Infinity Stones, they’ll never be considered adults.

There’s a longer, more confusing answer, though: maybe we think staying in school delays adulthood because that’s what we’re told to believe.

Imagine you receive an email from LinkedIn that says, “Hey, [insert quirky company name here] is hiring! Click here to apply now!” and you decide to look into the job posting out of curiosity. Maybe if you’re lucky, you’ll qualify for the job. But as you scroll down the qualifications section, you see it, in bold: “must have 5+ years of relevant experience and a minimum of a bachelor’s degree; Masters or higher is preferred”. You click out of the page, convincing yourself that you aren’t qualified and work towards meeting said requirements. After all, that’s what a good candidate would do.

You aren’t good enough yet, but you will be. Just try.

The sad reality is that you aren’t alone. There are millions more like you, who find themselves in the same position, who overexert themselves in hopes of securing their dream life. Suddenly, adulthood seems too difficult a goal to achieve and school becomes an escape from it.

In a society where a bachelor’s degree has become the new high school diploma, it’s common for people to possess one, if not, a couple of post-secondary credentials. And in this day and age, where you practically have to cure cancer or solve world hunger to kickstart the career of your dreams, overachieving is the rule, not the exception.

It shouldn’t be, but it is. And in a twisted, totally not depressing way, it’s fine? Maybe there’ll come a time when merit isn’t defined by the quantity of credentials or experience but by their quality.

At the end of the day, though, school doesn’t stop us from growing up. If anything, it prepares us for what’s to come. 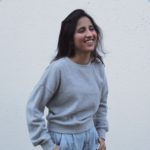 Good article. Honestly this hit close to home for me as someone who is graduating within the next year and a bit. Don’t even feel like an adult, and its a bit morbid to think that this will be a large part of my life from now on, just spent working a full-time job. I felt like highschool and even university they were alot of freedom and the future was still far away, but now the future is here and incoming. Work will not just be a way to get some spending money, but a full-on focus.

Still maybe maybe this is just part of our process of understanding we’re already adults or at least part of maturation.