Born in South Korea to two actors, Tina Jung was destined to blossom into the artist she is today. Having been an active performer throughout her childhood, Jung was always inspired to pursue a career in the arts. After taking a risk and applying to only one university, York, the Korean-Canadian actress was accepted into the school’s acting conservatory program for theatre, and graduated in 2013 with a BFA.

During her time at York, Jung was able to deeply explore her creativity and hone her acting skills. Some of the memorable moments that she cherishes include mounting plays for the general public through Theatre@York, staging her graduation pieces, and running through the CFT barefoot during a movement class for body explorations and having non-theatre students look at her and her class like they were crazy.

Shortly after graduation, Jung was fortunate enough to sign to an agent and begin her impressive career with the support of her family and professors. “Learning from professors who are in the entertainment industry helped me navigate my way through the first year out in the real world. They taught me what to expect on set, which agencies were reputable, how to approach a role, and how to use my voice,” she says.

Since graduating, she has played many diverse roles in shows including  Man Seeking Woman, Saving Hope, Suits, and Kim’s Convenience. Jung has also won several awards for her performances including York’s Performing Arts Award in Acting and the Sandra Oh Acting Award from the Korean Canadian Scholarship Foundation. In addition to acting, she is also a writer and producer.

In her most recently released project, Jung stars in Second Jen, a nominee for a Canadian screen award for Best Comedy Series , which premiered its third season on Valentine’s Day.

The female-run sitcom follows the friendship of Asian Canadians Jennifer “Jen” Wu (Samantha Wan) and Jennifer “Mo” Monteloyola (Amanda Joy) and explores themes about life in Toronto for second-generation millennials and people of colour. Jung’s character, Vicky, is Jen’s cousin and stunts a glamorous and exciting life as a successful social media influencer with over 10 million followers.

“It’s always empowering to be on a set run by women.”

In a piece by the Burlington Post, Jung describes Vicky as “spontaneous, impulsive” and someone you just can’t help but like due to her “colourful energy and positive attitude”.

To prepare for this role, Jung conducted a lot of research on social media influencers. “I took a dive into seeing how famous influencers lived their lives, their posts, their day-to-day routines, how they talk, what their captions are like, and their whole lifestyles, and tried to find ways I can blend that into Vicky’s way of life,” she says. Jung adds that she can relate to Vicky in the sense that she, too, tries “to find positivity in day-to-day life”.

In addition to her research, Jung’s contribution to the role was enhanced with the support of an all-female production crew. “It’s always empowering to be on a set run by women,” she says.

Dr. Casey Mecija — an assistant professor at York’s Department of Communications Studies, and a queer Filipinx creative artist herself — says that she thinks a show run by Asian-Canadian women is “amazing and inspiring.”

Considering the disproportionate amount of female POC writers and producers in the media industry, this unique production contributes to the archive of stories about Canadian people of colour, and offers perspectives that don’t conform to the Western norms that so pervasively dominate the media.

Aliesha Le, a queer Vietnamese Canadian, who is a former York student, says, “I think we’re making a very slow progress for POC stories in films and TV.” Expressing similar sentiments, Mecija highlights the historical underrepresentation of BIPOC people, and notes it can be inferred that with the small collection of stories that are now being made, “media industries have made huge leaps in this respect.”

“I think we’re making a very slow progress for POC stories in films and TV.”

Despite a lack of progress, Jung says that it was a nice change to see more women in the room and the power of their stories brought a more authentic representation to the show. “There are a lot of cultural references in Second Jen that any person of colour watching can instantly relate to. You not only see stories of Chinese-Canadian and Filipino-Canadian families, but also a very diverse cast of all backgrounds, which is an accurate reflection of Canada’s diversity,” she says.

The themes in this season of Second Jen were also experiences that Jung could personally connect with. In the episode where we meet Vicky, the show explores the topic of intimacy and touches on the norm of not discussing sex within Asian households. Jung says that co-creator, Samantha Wan, did a great job of making the episode relatable with its truth.

Asian-Canadian audiences thought so too. “I think the themes in Second Jen are relatable,” Le says. “I think it’s a great way to introduce them as well as keeping it very light-hearted.”

Additionally, Mecija says that “it is a meaningful experience to witness —in my case — a Filipinx person on-screen.” Thus, across the Asian diaspora within Canada, people are offered a program that relieves them of the white narratives that infiltrate the mainstream media and affirm their lived experiences with entertainment that more closely represents them.

In the wake of the racial tensions and difficult adjustments to a global pandemic, Jung hopes that people will be able to relate — and maybe even feel a sense of comfort — when they watch this season of Second Jen. As social distancing has likely put a strain on most of our intimate relationships, the show’s pre-COVID-19 explorations of family therapy and intimacy offer us some comic relief.

Aside from the cultural rapport, Jung says that she had a great time overall on set, and it certainly translates on screen. She recounts one of her favorite moments with Joy where they got to let off some steam in a scene together. “I shot a spa scene with Joy,where our stress levels explode and both our characters end up trashing the place. Shooting that scene was so fun! We actually got to rip and throw things around — it was very cathartic,” she says.

Hopefully watching Jung’s upbeat character, Vicky, in this season of Second Jen will lift our spirits during these cold COVID-19 days.

Second Jen airs on Sundays at 8:30 p.m. EST on Omni. To find out more about Jung and her upcoming projects, you can follow her at @tina_jung on Instagram or @tinayjung on Twitter! 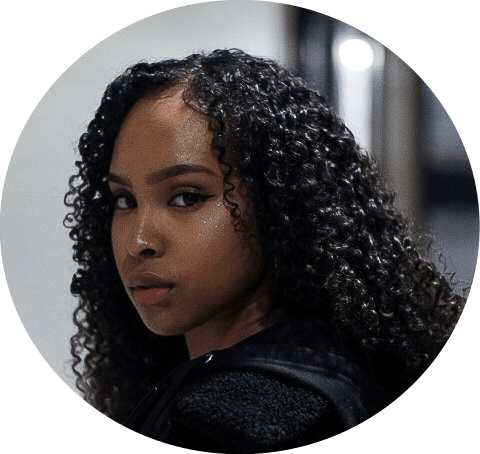