DISCLAIMER: Stories and images published in this week’s issue under satire (with the exception of advertisements) are purely satirical and created purely for entertainment and/or parody purposes. They are not intended to communicate any accurate or factual information. Some names used in Excalibur’s satire stories are fictional, and any resemblance to actual persons or entities may be purely coincidental.

All I ever see is all of you complaining. Complaining about unemployment, a sky-rocketing housing market, lockdown after lockdown that is “allegedly” destroying our economy — why are you all so negative?

It may be hard to believe, but this past year hasn’t been that difficult. Everything is fine. While we have been locked down, lacking social interaction, and facing record unemployment rates, at least we’ve been able to spend more time at home. Us self-entitled millennials don’t need a strong economy anyway. Everything is fine.

Let’s start with how fantastic our job market is. Since last March, when just about everyone was laid off at the same time, I’ve applied to a bajillion jobs. Almost all of them have had hundreds, if not thousands, of other applicants, but don’t be fooled — this is fine. Applying to jobs with 400 other people really just eradicates the false sense of accomplishment and security those phony “participation awards” we received in elementary school gave us. A little healthy competition will keep our generation humble.

Even if you apply to a million jobs like I have, if you’re not hearing back from the company after they’ve received thousands of applications, why aren’t you doing better?

On top of that, if you are lucky enough to land an interview, go through the 10 stages of the interview process, submit assignments to prove your worth, and still not land the job, you have to ask yourself: what are you doing wrong?

I certainly had to reflect on why my bachelors in professional writing and political science aren’t good enough to land an entry-level position that requires five years of experience. Clearly it’s me — not my very expensive, valuable degree.

Luckily, our government came to the rescue to help us all out with some free money! Who cares if they tax the $1,800 they send out to eligible people throughout the province that are too lazy to find work.

But even then, I’ve heard stories of people amassing crippling debt over the past year. Are you really telling me you can’t save even a little bit of that $1,800 to, one, pay back the tax to the government, and two, pay for all your living expenses in downtown Toronto? How are you ever supposed to save enough money to purchase that $1.4-million 600-square-foot condo so you can live nearby your graciously paying minimum wage part-time job in the downtown core?

That is, if you ever gain the determination and perseverance to find that job.

Not only that, but it’s not like the cost of everything isn’t rising with lockdown after lockdown. I’m honestly so glad Doug Ford announced another province-wide closure. We really have gotten too lazy and complacent with trying to find work, save money, and handle our finances. We deserve a little bit of a broken economy to kick our spirits up and light a fire under our asses.

Who doesn’t want to rebuild an economy from the ground up? Our parents have essentially handed us the keys to a run-down fixer-upper, and obviously we are the generation to make it sellable again! What a fantastic, once in a lifetime opportunity that is! Us millennials really need to start proving our worth around here.

And hey, our grandparents rebuilt an economy — all it took them was about 18 years, a decade-long depression, and a world war that killed millions of people. So why can’t we do it?

I suppose we are the lazy, freeloading generation that our parents and grandparents always told us we were. 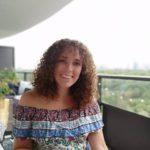